The controversial “bathroom statute” in North Carolina, HB2, regulates the proper use of sex-segregated facilities as consistent with one’s “biological sex,” defined as the “physical condition of being male or female, which is stated on a person’s birth certificate.” 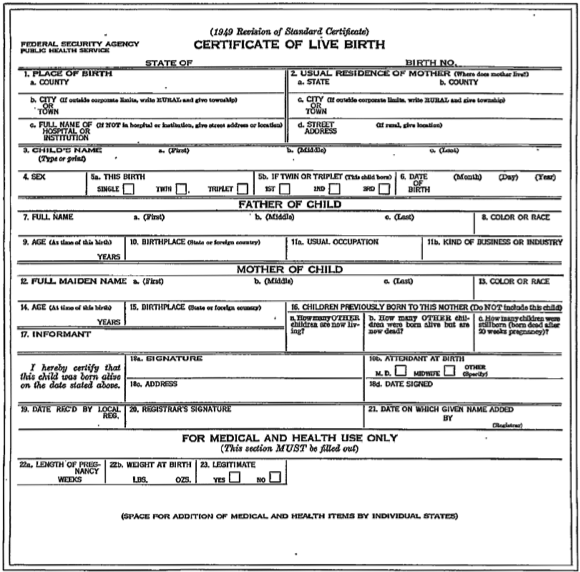 That the legal grounding of sex-determination should be one’s birth certificate is both predictable and shockingly naïve.  It also begs the questions of why birth certificates and other government documents designate M(ale) or F(emale).  Haven’t we moved beyond that?  Shouldn’t we?

In Identity Crisis: The Limitations of Expanding Government Recognition of Gender Identity and the Possibility of Genderless Identity Documents, a forthcoming article in Harvard Journal of Law and Gender, author Anna James (AJ) Neuman Wipfler explores the many issues surrounding sex designations on identity documents, in global and local contexts, highlighting the particularities of birth certificates.  It’s such a sophisticated, nuanced, and informative article that I have difficulty believing its own birth was as a student paper for a Sexuality and Law course  – – – full disclosure! – – – that I regularly teach at City University of New York (CUNY) School of Law.  {NOTE: It’s being offered again this Fall at the Law School and nonlaw students are eligible to enroll!}

Wipfler ultimately contends that “as long as the state records gender identity, it will also police its boundaries,” even as there are “still too many dangers to remove gender markers from all identity documents in the United States all at once.”  Birth certificates are not only a strategic starting point, but their legal importance is demonstrated by laws such as the North Carolina one which would have many of us, especially those who appear gender-non-conforming, carry our official birth certificate whenever we might have to use the toilet.