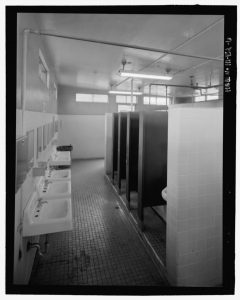 A Virginia school board has filed a stay application in the United States Supreme Court pending a petition for writ of certiorari to the Fourth Circuit’s opinion in G.G. v. Glouster County School Board.  In G.G., a divided panel, reversing the senior district judge, concluded that Title IX’s ban on sex discrimination,  20 U.S.C. § 1681(a), requires schools to provide transgender students access to restrooms congruent with their gender identity. (The senior district judge had not reached the Equal Protection claim, so it was not before the Fourth Circuit.)  In construing Title IX, the Fourth Circuit relied upon a January 7, 2015 opinion letter from the United States Department of Education, Office for Civil Rights, with a similar conclusion.  The Fourth Circuit accorded deference to the agency interpretation of Title IX because the relevant regulation was ambiguous – – – perhaps not in the plain meaning, but in its application.

Meanwhile, thirteen states have filed a complaint and application for preliminary injunction in Texas, based on the same letter.  The central challenge is failure to conform with the Administrative Procedure Act, including notice and comment for rule-making.  However, the complaint also alleges that the federal government defendants “violated the Spending Clause” by engaging in “unconstitutional coercion” by “economic dragooning,” relying in part on the famous  “Obamacare” case, NFIB v. Sebelius,  in which the Court upheld most the ACA, but found constitutional issues with the medicaid expansion funding.

One thought on “Is the issue of sex-segregated facilities in schools headed to the United States Supreme Court?”